What is a major sin? Our understanding is that something is a big sin if it was specifically written in the Qur'an or found in the Sunnah. Some scholars say there are up to 70 or even more "major" sins and some say there are 7 "biggest" sins. Simply put... there is no definitive answer as to how many major or biggest sins there are exactly.

In this article I am going to cover the 7 biggest sins mentioned in the Hadith Sahih al-Bukhari:

The Prophet (ﷺ) said, "Avoid the seven great destructive sins." The people enquire, "O Allah's Messenger (ﷺ)! What are they? "He said, "To join others in worship along with Allah, to practice sorcery, to kill the life which Allah has forbidden except for a just cause, (according to Islamic law), to eat up Riba (usury), to eat up an orphan's wealth, to give back to the enemy and fleeing from the battlefield at the time of fighting, and to accuse, chaste women, who never even think of anything touching chastity and are good believers.

The Prophet (ﷺ) has described these 7 sins as "destructive" meaning they will not only bring severe punishment but also destroy a part of your soul causing many other issues and potentially a downward spiral into more sin.

Here are the 7 sins mention in this Hadith:

1. To join others in worship along with Allah

Idol worship. The unforgivable sin. The biggest sin in Islam!

Worshipping any-one or any-thing other than Allah. For example, worshipping idols or claiming/believing you or people on this earth are equal to God.

And it was already revealed to you and to those before you that if you should associate [anything] with Allah, your work would surely become worthless, and you would surely be among the losers."

In the Qur'an it is said that:

Whoever ties a know and blows on it, he has practiced magic; and whoever practices magic, he has committed Shirk...

Which brings us back to the unforgivable sin of accepting other gods and divinities alongside Allah.

3. To kill the life which Allah has forbidden except for a just cause, (according to Islamic law)

The Qur'an mentions that killing a person is equal to the sin of killing the whole of mankind:

...whoever kills a soul unless for a soul or for corruption [done] in the land - it is as if he had slain mankind entirely...

The consumption of interest. It is sad to say that interest has become a part of life in the modern world, from car loans to mortgages and saving accounts automatically giving you interest. Just remember there are always halal alternatives.

Those who consume interest cannot stand [on the Day of Resurrection] except as one stands who is being beaten by Satan into insanity.

5. To eat up an orphan's wealth

Basically don't take money from an orphan even if you are their guardian. If you do need to use their money then it must only be for their own good and not for any selfish reasons. See the exact wording in the Qur'an here:

And do not approach the orphan's property except in a way that is best until he reaches maturity. And give full measure and weight in justice.

6. To give back to the enemy and fleeing from the battlefield at the time of fighting

If you are in a battle of just cause then it is a major sin to be a coward and to turn around and run. Similar to how modern militaries will brand you as a defector for fleeing the battle ground, it is also one of the biggest sins you can commit in Islam.

O you who have believed, when you meet those who disbelieve advancing [for battle], do not turn to them your backs [in flight].

And whoever turns his back to them on such a day, unless swerving [as a strategy] for war or joining [another] company, has certainly returned with anger [upon him] from Allah, and his refuge is Hell - and wretched is the destination.

7. To accuse, chaste women, who never even think of anything touching chastity and are good believers.

Accusing women of zina (unlawful sexual relations) is also a major sin when you don't have any evidence and rightly so.

And those who accuse chaste women and then do not produce four witnesses - lash them with eighty lashes and do not accept from them testimony ever after...

Now it is very important to understand that I have only covered the 7 major sins that were mentioned in this very specific Hadith, HOWEVER, there are many, many more MAJOR sins that have also been mentioned directly in the Qur'an. For example: Adultery.

Insha'Allah I hope to update this article with more major sins as my research further develops.

If you enjoyed this article then please subscribe to keep updated with my research into Islam.

Get the latest posts delivered right to your inbox 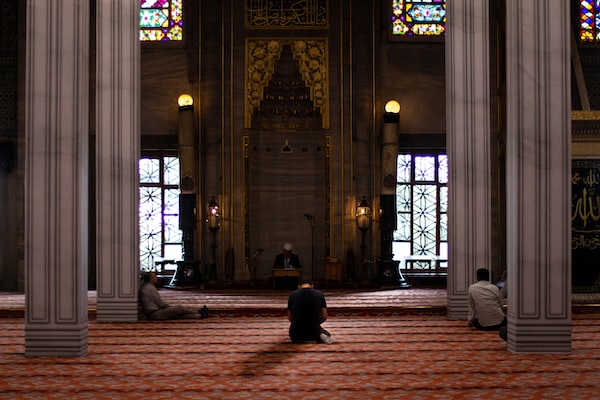 Inna Lillahi wa inna ilayhi raji'un - "Indeed we belong to Allah, and indeed to Him we will return." - Translation, Duas and related Hadiths. 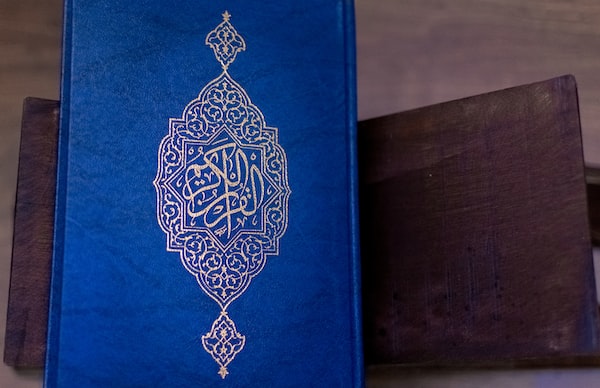 You've successfully subscribed to Muslim Moons - Become a Productive Muslim!
Could not sign up! Invalid sign up link.

Stay up to date! Get all the latest & greatest posts delivered straight to your inbox